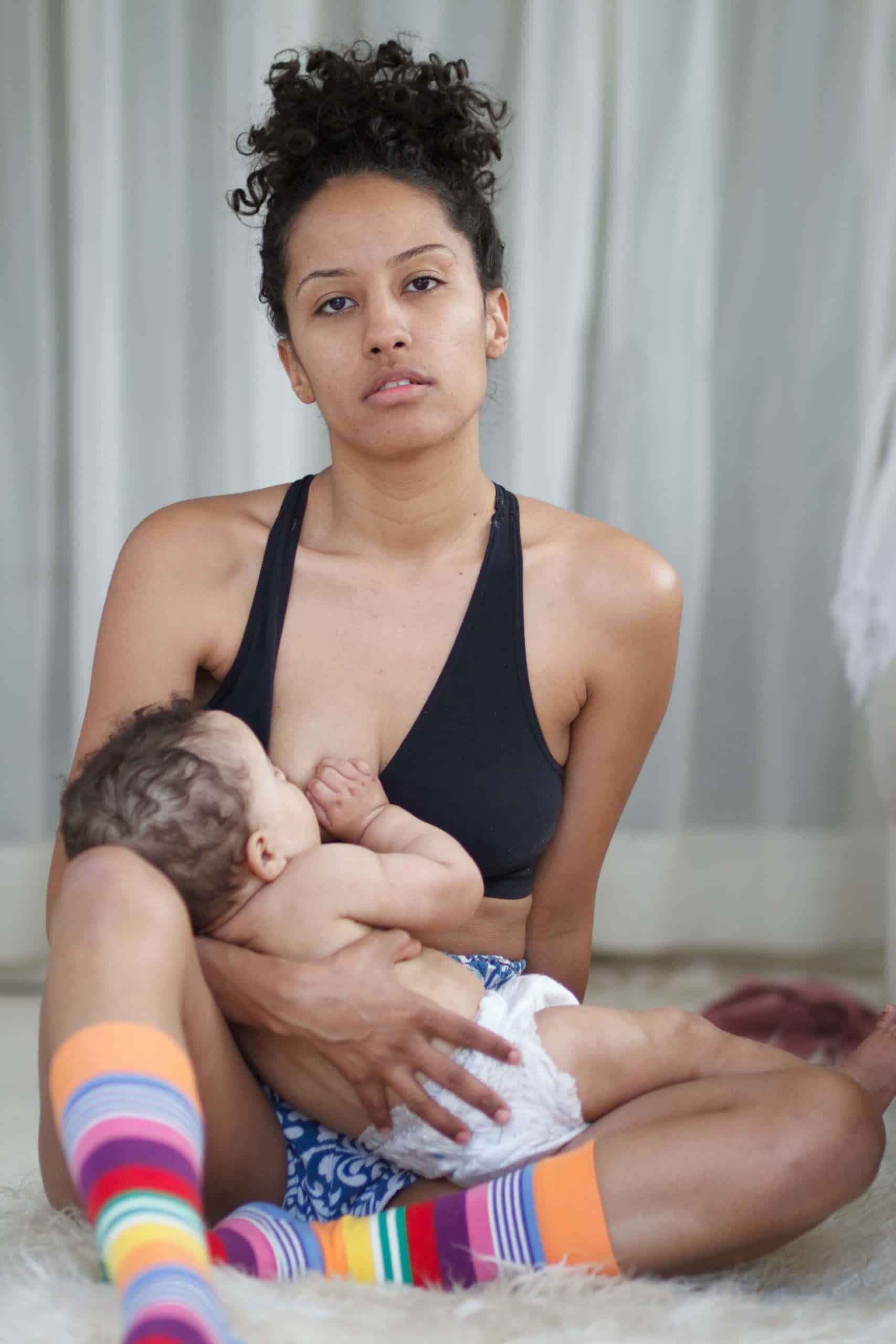 Let me be the first to say, postpartum depression is hard. Like really hard. And to make it even worse, it doesn’t just hit you all at once. No, instead it creeps up on you. Robbing you of your joy little by little. One day at a time. Each day the thoughts get just a little bit louder, but not too loud. Not loud enough for you to actually notice what’s going on. Because, ya know, that’d be too easy. It’s not until the thoughts are playing full blast in your mind that you realize, something may not be right here. And that’s if you even realize it at all.

With four kids, it’s pretty safe to say, I’ve had plenty of battles with postpartum depression. And surprisingly with each kid it always looked just a little bit different. With my first born, I was obsessed with being this perfect mom.  I changed the way I dressed, the way I spoke and even how I handled situations. Literally I became someone else. I felt like I was trapped inside myself. But I couldn’t let the real me show because she wasn’t good enough. She didn’t fit the “perfect mom” persona I had convinced myself I needed to be. This mindset only worsened after having my daughter.

Multiple that with the new found thoughts of body insecurities and to say I was a mess would have been an understatement. My hair was falling out, I would lose my appetite for days on end. You would think at some point someone would have noticed, right? Wrong, no one did. Not blaming them, I just hid it well. I played the role of the perfect mother, all the while my entire world was falling apart all around me. Then, 4 years after having my first, Karter was born and the days after were some of my darkest.

Postpartum depression is no joke. It’s not something you should ever have to deal with alone. (Says the woman who literally spent 6 years dealing with it by herself before finally speaking out.) Even then, I never went to a doctor so I’m pretty sure I suffered much longer then I had to. Meet Jazmyne, she was afraid to tell her OBGYN about her thoughts and feelings after having kids. Don’t be like Jazmyne.

I know there’s a stigma in our society about mental health. I know, as moms we have to be strong and always happy. But that’s just not realistic. Momma, you have literally given up your entire life for that of another human being, its okay if that’s a little daunting and overwhelming at times. I know, it sure is for me.

It’s okay, no it’s imperative, that you speak on your feelings. Don’t bottle them up or think you’re a bad mom because of them. You’re not. You are an amazing momma who’s life has just been turned upside down. Your body is going through a million changes all at once. Hormones are all over the place. Give yourself a break. Know you are not alone. Thousands of women have experienced, are experiencing, and will continue to experience, the very same thing you are experiencing. It’s normal, even if you don’t feel like it.

Talking about my thoughts and my feelings helped me. Whenever I had thoughts of suicide or wanted to just stay in the bed all day I called my closest friends. Sometimes I told them what was going on, other times I just listen to them and how their day was going. Forcing myself out of the lonely hole I had dug myself into helped tremendously.

As a disclaimer, I am not saying to be foolish and do this instead of seeking medical help like I did. That was bad, very bad. What I am saying is, talking to someone can help you get the courage to seek help. It can help you on your good days and even more so on your bad ones. Postpartum depression is a thief. Postpartum depression makes you think you’re alone. That no one cares about you and you’d be much better off out of their lives. And that simply isn’t true. Speak out momma, even if it’s just to me. I’m here to listen.

How to prepare your first born for a new baby

This site uses Akismet to reduce spam. Learn how your comment data is processed.

I Still Get Anxiety Breastfeeding In Public

This website uses cookies to improve your experience while you navigate through the website. Out of these cookies, the cookies that are categorized as necessary are stored on your browser as they are essential for the working of basic functionalities of the website. We also use third-party cookies that help us analyze and understand how you use this website. These cookies will be stored in your browser only with your consent. You also have the option to opt-out of these cookies. But opting out of some of these cookies may have an effect on your browsing experience.
Necessary Always Enabled
Necessary cookies are absolutely essential for the website to function properly. This category only includes cookies that ensures basic functionalities and security features of the website. These cookies do not store any personal information.
Non-necessary
Any cookies that may not be particularly necessary for the website to function and is used specifically to collect user personal data via analytics, ads, other embedded contents are termed as non-necessary cookies. It is mandatory to procure user consent prior to running these cookies on your website.
SAVE & ACCEPT